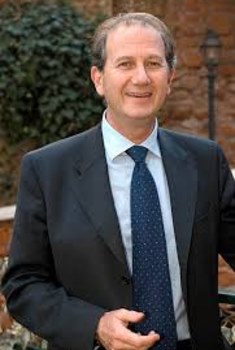 Per la traduzione in italiano clicca qui: https://www.facebook.com/groups/2308796276040821/permalink/2537385183181928/
(traduzione a cura del Vice Presidente Rag. Leonardo Terra)
_______________________
IT IS THE MONEY, STUPID!
GD – Roma, 8 apr. 20 – Everyone remembers the famous say of the presidential American campaign: «It’s the economy stupid!» which was meant to remember what the most important issue was for the political campaign.
Today – 8 april 2020 – we are facing the agony of Europe with the deadlock of the European Council.
The way thy left the meeting is like a truce at checkers in the double corner: no one can win, without killing Europe forever. The two positions are very simple to describe.
Position 1 is saying that I cannot accept the Coronabonds because it is written in my Constitution that forbids this type of action: I cannot go against my National Constitution. In fact, In Germany it is forbidden to set up permanent legal mechanisms resulting in the assumption of liabilities based on the voluntary decisions of other States. But I can offer you the EMS, something which is less of importance for my country and I can add the offer to accompany it with a mild conditionality that satisfies my constituency.
Position 2 is saying I want the Corona bonds because that’s the way I can solve the emergency problem in ethical terms, because it is a way to show solidarity but I cannot accept the EMS because my Constitution doesn’t allow to fiddle with the savings of my citizens. It’s important that we considered at the same level the German Constitution and Italian Constitution, specifically art. 47, which says that the Italian Republic protects the savings in all its forms. So, any suggestion on how to write the Italian Budget Law prescribed by the conditionality of the ESM will impact on the savings of the Italians. The logic is simple: since we have to and we want to repay the debt with our savings, the best way to do it cannot necessarily be given by the ESM, or else: there is a risk of not protecting our savings – es gibt ein risiko, unsere spar nicht zu schützen.
Here is why: when the European economy will resume its course post-emergency, the public debt ratio to GDP of a country like Italy will go (say, an increase by 10 points) from 134 to 144%. Similarly, the public debt ratio of a country like Germany will go from 62 to 72%. So the spread will increase and so the conditions of disadvantage for our economy will be increased because the usual rating agencies, the usual markets will consider the Italian debt risk higher than before, therefore with a worsening of the conditions of interest, i.e. the spread for financing our production system. This is NOT a way to protect our savings.
Having said, that the deadlock of the two factions European Council is a stalemate that can last forever or else until Europe dies.
In Italian we say (and the Oxford Dictionary, too): while two dogs are fighting for a bone, a third runs away with it.
So, the solution is very simple: we have to find a third way which is not the solution of the Northern countries and is not the solution of the Southern countries, but something that goes beyond it. It has to be better and it has to be acceptable according to the both factions, meaning something that doesn’t encounter the veto of each of the two.
That’s how the famous sentence comes to mind, rephrased as: «It’s the money stupid!».
All you need is to print money in a sensible clear and acceptable way.
The proposal of several economists including myself has been circulated.
I recall it in the following terms. No ESM and no Coronabond.
The Eu agrees on a political basis what is the amount of resources needed by each country: like the America Congress has indicated a total of 2200 Bil USD. In the case of Italy, for example, we indicate 180 bil Euro (about 10% of GDP).
Each country issues national Emergency Bonds with the duration of 99 years an interest rate of 0.005 percent so a minimal positive interest rate that is reserved to the European Central Bank.
Of course, the ECB cannot buy Government bonds on the primary market, but adequate solutions can be found: the EIB buys and resells the ECB, or even more effective for the mutual solidarity: the Germany government or the German Post buys a symbolic quota of the Italian bonds and the Italian Government or the Italian Post buys a symbolic quota of the Germans Bonds, then they resell it to the ECB.
Each country, and Italy first, will announce a solemn commitment to repay such debt, by establishing a future provision of 0.1 percent of GDP in the annual budget law.
These Emergency Bonds are guaranteed by the signature of the European Council which – pursuant to art. 15 of the Treaty – shall provide the Union with the necessary impetus for its development and shall define the general political directions and priorities thereof.
Think for a moment about a European Council back in times of the Marshall Plan: Konrad Adenauer, Charles de Gaulle, Alcide De Gasperi.
It will be a marvelous miracle to see all European leaders of today to agree for the resurgence of Europe.
Being the week of Eastern, this could be really a joyful event to celebrate!
di prof. Carlo Andrea Bollino
professore, energia, ordinario del Dipartimento di Economia dell’Università di Perugia e professione di economia dell’Eenergia all’Università LUISS
Membro del Comitato Scientifico CIU – Unionquadri
Scarica l’intervista.
http://www.ciuonline.it/wp-content/uploads/2020/04/safe_image.jpg 350 235 zaira http://www.ciuonline.it/wp-content/uploads/2016/07/logo.png zaira2020-04-09 10:59:322020-04-10 13:06:50Articolo del Prof. Carlo Andrea Bollino – Membro del Comitato Scientifico CIU – Unionquadri.
DL Imprese alla firma – Relazione Tecnica – Relazione illustrat...